How to run different worker types with the Dask Helm Chart

Today, we’ll learn how to deploy Dask on a Kubernetes cluster with the Dask Helm Chart and then run and scale different worker types with annotations.

What is the Dask Helm Chart?

What is Dask Kubernetes?

That’s it, let’s get started!

Now you should have Dask running on your Kubernetes cluster. If you have kubectl installed, you can run kubectl get all -n default 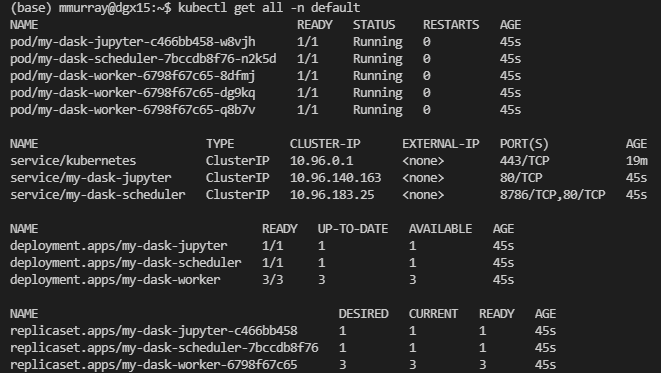 You can see that we’ve created a few resources! The main thing to know is that we start with three dask workers.

The Helm Chart has default values that it uses out of the box to deploy our Dask cluster on Kubernetes. But now, because we want to create some GPU workers, we need to change the default values in the Dask Helm Chart. To do this, we can create a copy of the current values.yaml, update it to add a GPU worker group and then update our helm deployment. 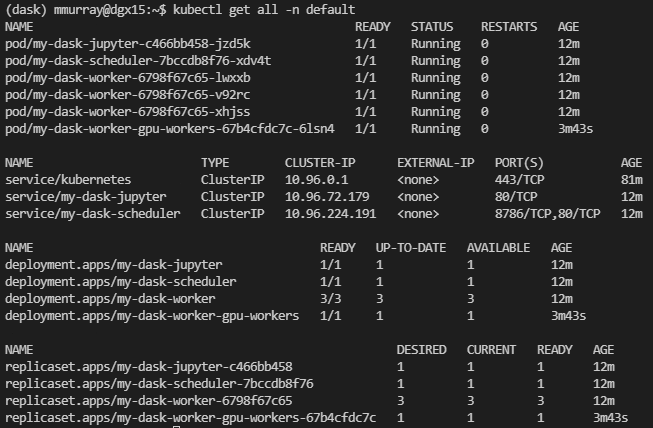 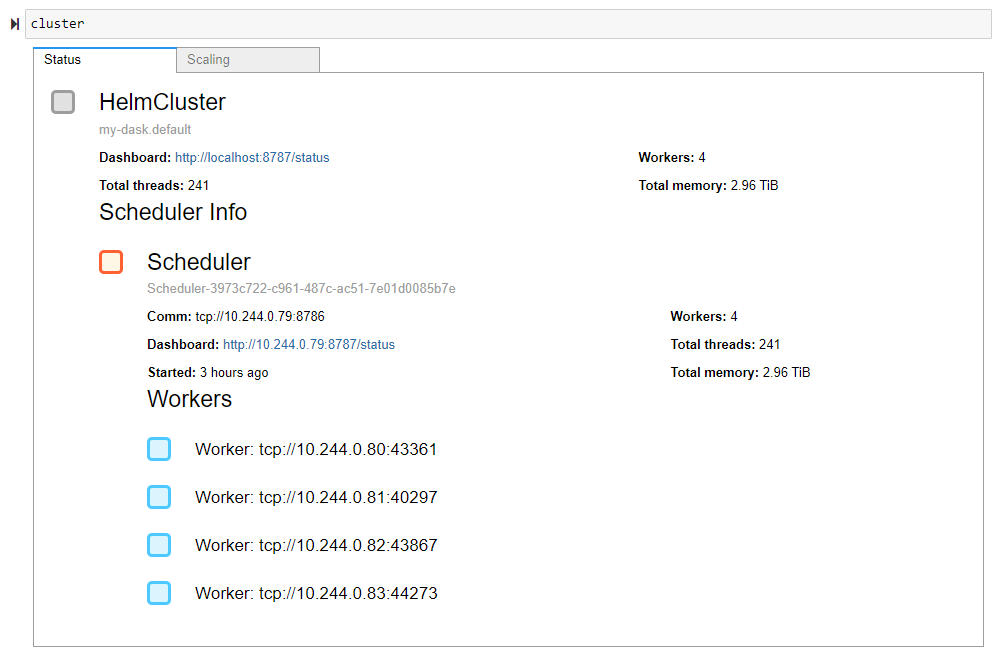 To scale our cluster, we need to provide our desired number of workers as an argument to the HelmCluster’s scale method. By default, the scale method scales our default worker group. You can see in the first example we scaled the default worker group from three to five workers, giving us six workers in total. In the second example, we use the handy worker_group keyword argument to scale our GPU worker group from one to two workers, giving us seven workers in total. 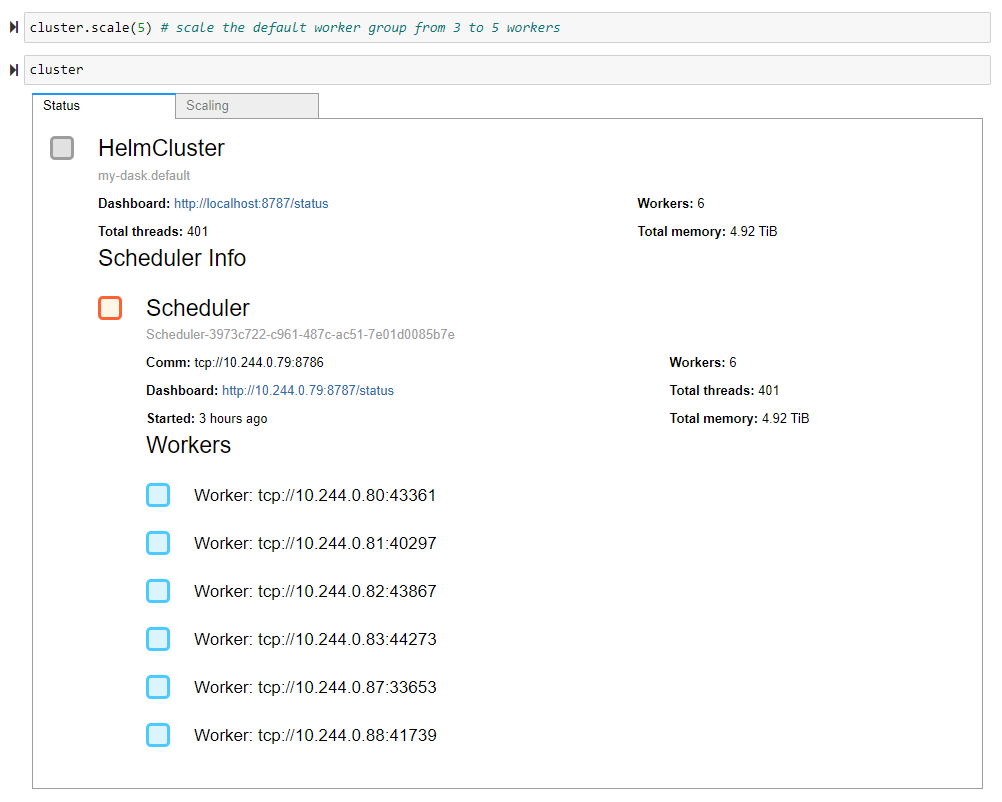 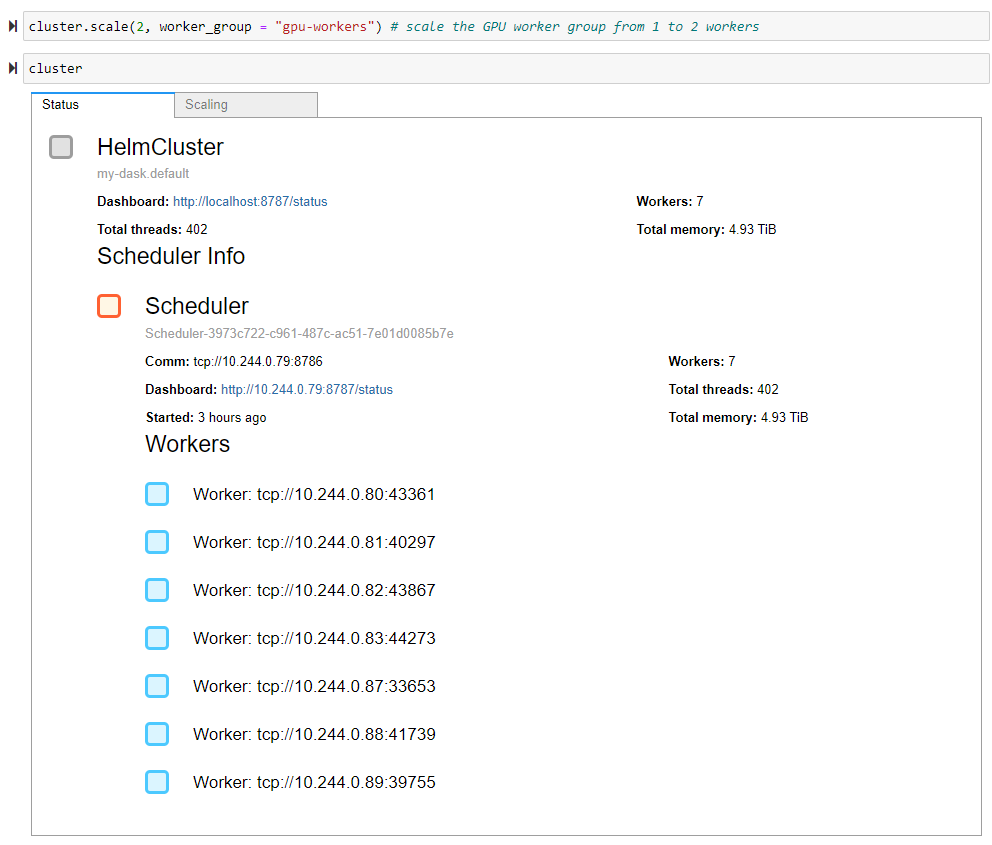 This example will find the average distance traveled by a yellow taxi in New York City in April 2020 using the NY Taxi Dataset. We’ll compute this distance in two different ways. The first way will employ our default dask workers, and the second way will utilize our GPU worker group. We’ll load the NY Taxi dataset as a data frame in both examples and compute the mean of the trip_distance column. The main difference is that we need to run our GPU-specific computations using our GPU worker group. We can do this by utilizing Dask annotations.

We’re thinking a lot about the concept of worker groups in the Dask community. Until now, most Dask deployments have homogenous workers, but as Dask users push Dask further, there is a growing demand for heterogeneous clusters with special-purpose workers. So we want to add worker groups throughout Dask.