This work is supported by Anaconda Inc. and the Data Driven Discovery Initiative from the Moore Foundation.

I’m pleased to announce the release of Dask version 0.17.0. This a significant major release with new features, breaking changes, and stability improvements. This blogpost outlines notable changes since the 0.16.0 release on November 21st.

As Dask encounters more complex problems from more domains we continually run into problems where its current heuristics do not perform optimally. This release includes a rewrite of our static task prioritization heuristics. This will improve Dask’s ability to traverse complex computations in a way that keeps memory use low.

To aid debugging we also integrated these heuristics into the GraphViz-style plots that come from the visualize method. 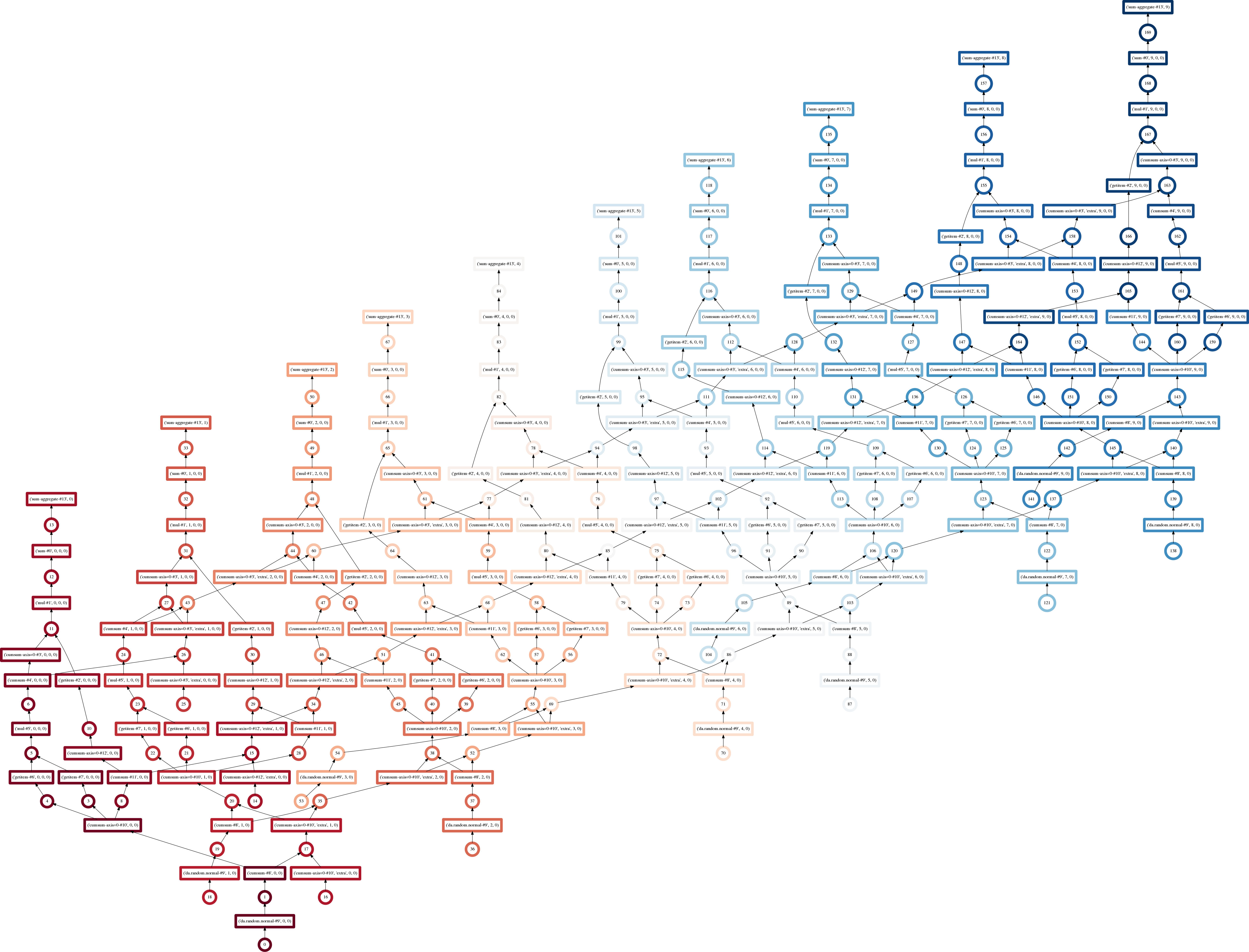 Dask supports parallelizing Scikit-Learn by extending Scikit-Learn’s underlying library for parallelism, Joblib. This allows Dask to distribute some SKLearn algorithms across a cluster just by wrapping them with a context manager.

Due to recent combined development within both Joblib and Dask, these sorts of situations can now be resolved efficiently by handing them off to Dask, providing speedups even in single-machine cases:

Thanks to Tom Augspurger, Jim Crist, and Olivier Grisel who did most of this work.

The distributed scheduler has been significantly refactored to change it from a forest of dictionaries:

To a bunch of objects:

(there is much more state than what is listed above, but hopefully the examples above are clear.)

There were a few motivations for this:

Goal one ended up not working out. We have not yet been able to make the scheduler significantly faster under Cython or PyPy with this new layout. There is even a slight memory increase with these changes. However we have been happy with the results in code readability, and we hope that others find this useful as well.

Thanks to Antoine Pitrou, who did most of the work here.

You can now submit tasks with different priorities.

To be clear, Dask has always had priorities, they just weren’t easily user-settable. Higher priorities are given precedence. The default priority for all tasks is zero. You can also submit priorities for collections (like arrays and dataframes)

The following people contributed to the dask/dask repository since the 0.16.0 release on November 14th:

The following people contributed to the dask/distributed repository since the 1.20.0 release on November 14th: